Seasonal development of the Japanese Beetle

In regions with a moderate climate, there is one generation of Japanese beetles yearly. The peak flight of adult P. japonica is in July, but adults may be active from Mid-May until September, depending on climate and weather conditions. Females live 30-45 days and can lay up to 60 eggs in this period, preferably in the moist, loamy soil of pastures, meadows, or lawns.

Depending on the adult swarming period, first instar larvae hatch from their eggs beginning in the second half of July. They feed on fine roots and organic matter and become real root-damaging “pest species” only later in their development. The first larval stage is usually short, but second and third instar larvae may occur simultaneously for several weeks from September until November. 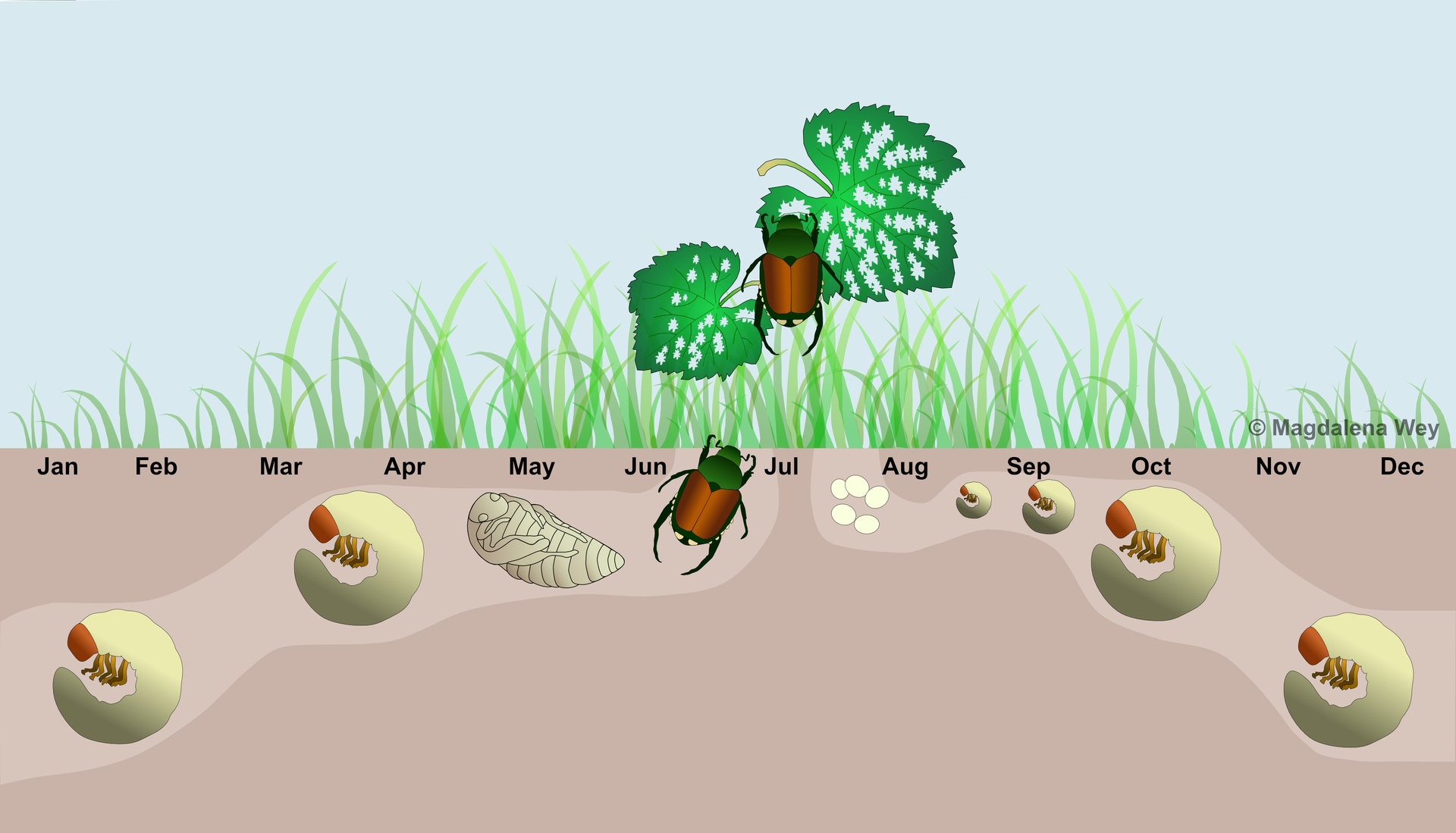 Pupation occurs in a small, earthen cell after a few weeks of feeding in springtime. The adult beetles hatch after a short pupal phase and emerge from the soil from Mid-May to Mid-July, depending on latitude.