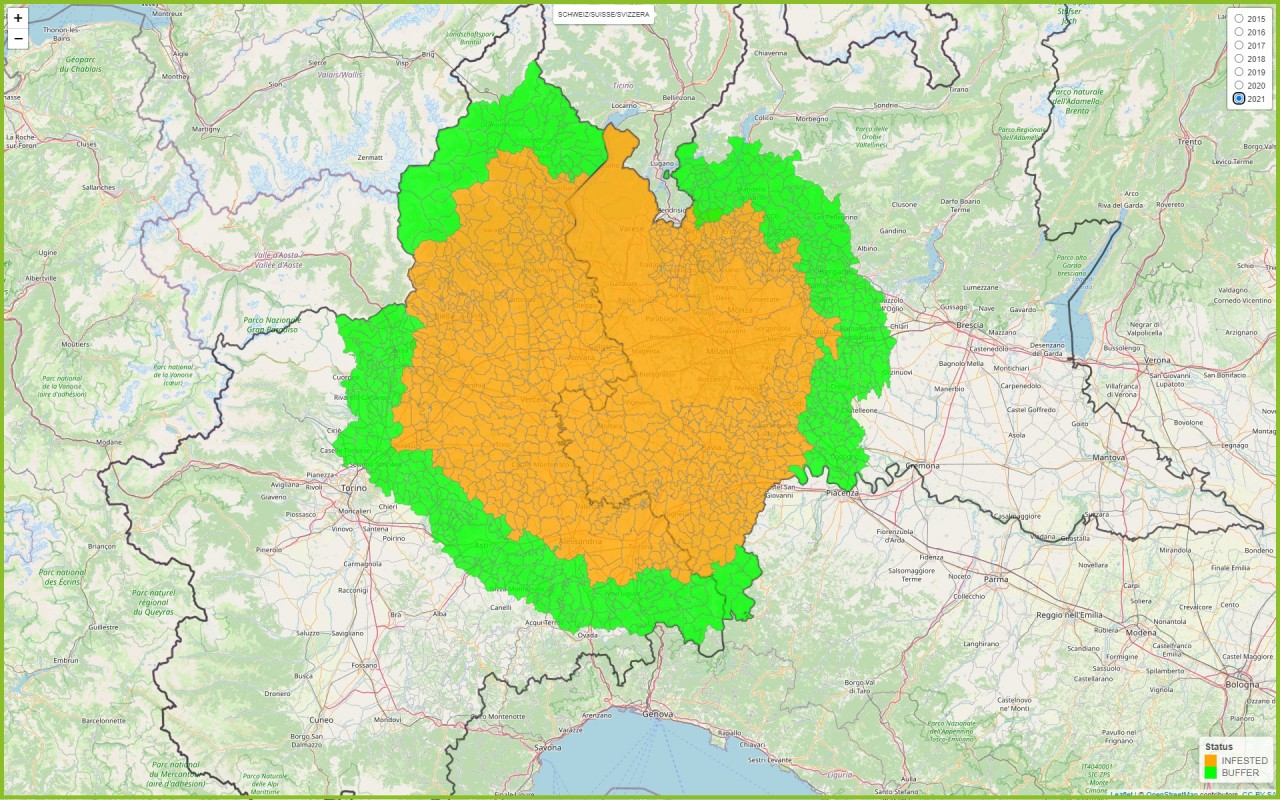 Interactive map of the Japanese beetle's invasion in Continental Europe

The Japanese beetle was accidentally introduced to mainland Europe and detected for the first-time near Milan (Italy) in 2014. As a quarantine insect pest, its populations are strictly monitored. However, we did not find a map illustrating the dynamics of the ongoing invasion. So, we produced it!

At first, the interactive map that we make available concerns the invasion over the period 2015-2021 for the Italian regions of Lombardy and Piedmont. The map captures the dynamics of the invasion at the epidemiological scale of the municipality; it has been generated from the official bulletins of the two regions, which report both infested and buffer municipalities, and from the geographical information available on the geoportals of these regions. In a next step, we will update the map with infestation data collected in other regions of Italy and Switzerland.

The map can be viewed directly on our website below.

All figures and maps, as well as data and script (written in the R programming environment) are freely available, see:

By clicking on the button below, you will be redirected to the page giving access to the interactive map illustrating the dynamics of the Japanese beetle's ongoing invasion in Continental Europe.