The IPM Popillia Citizen Science App is constantly evolving and improving to meet targets and be a brilliant tool for finding and recording sightings of the invasive Popillia japonica.

In the current version of IPM Popillia, the data interface has been extended: in addition to the main object of interest, the Popillia j., it now includes a selection of other beetles that look similar to the Popillia j. Some are also considered agricultural pests but are different species already existing in Europe. Because these beetles may be a little bit difficult for novices in Citizen Science to distinguish from the voracious Popillia japonica, the buttons were designed with photos to make it easier for users to tell them apart. 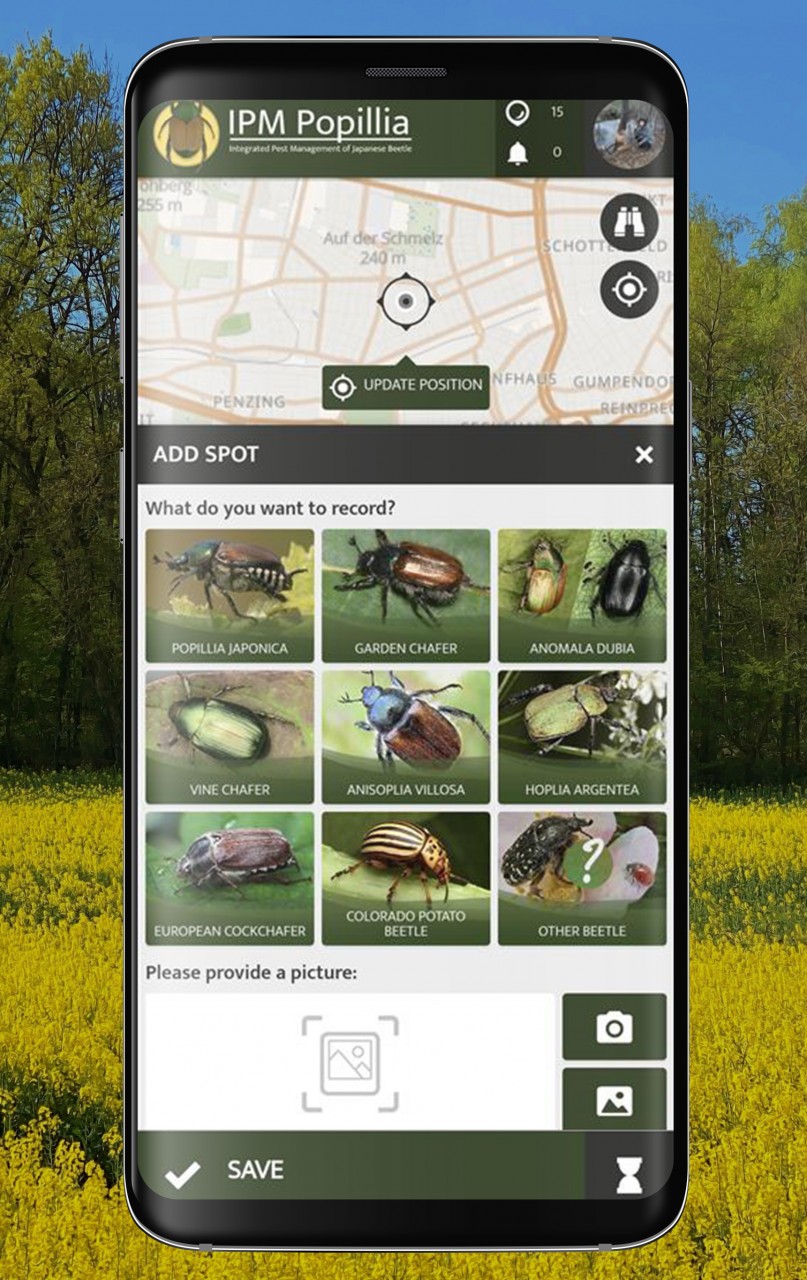 The expansion to a wider variety of beetles stems from the idea of opening up to a larger audience, including non-experts who may have observed damage on crops and are unsure whether the culprit is the Japanese beetle, a different agricultural pest, or, indeed, a relatively harmless beetle.
As with all Citizen Science projects, high user participation is vital for collecting valuable data. The possibility of observing more than just one beetle species in the App opens up the concept. It is more inviting for a wider group of Citizen Scientists to participate in the project. The more people document their beetle sightings in the App, the more we can find out about the whereabouts of Popillia japonica.

Better beetle identification with the help of the Citzen Science community

To help with this decision, the IPM Popillia App also boasts the new Community verification feature. This allows every participant in the App to help determine whether a sighting spotted on the App has been classified correctly. In addition to the Check & Lock feature, which allows administrators to "lock" a spot, thus making it a verified and citable data point for further publications, the Community verification feature is another step towards obtaining valuable data on agricultural pests. 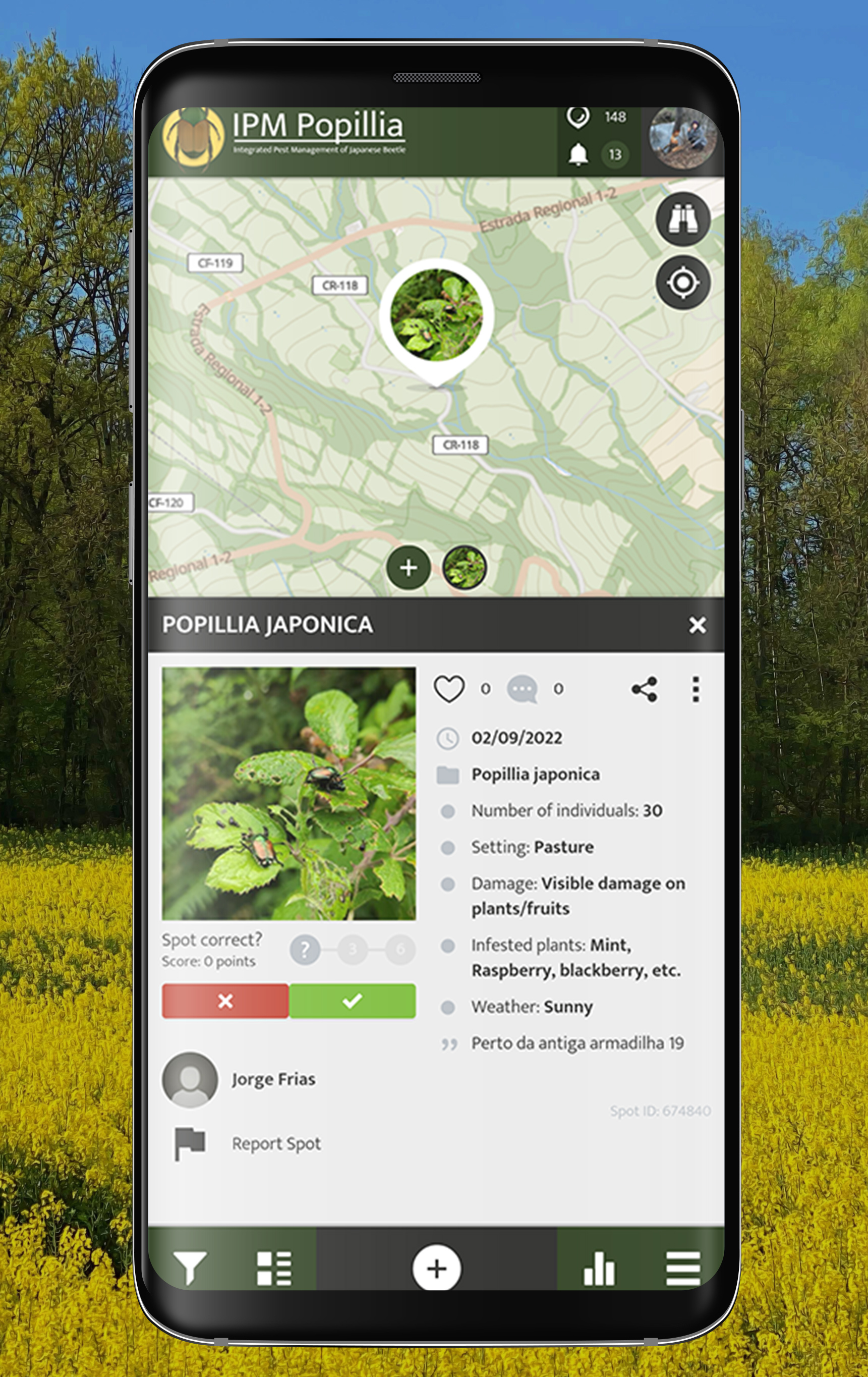 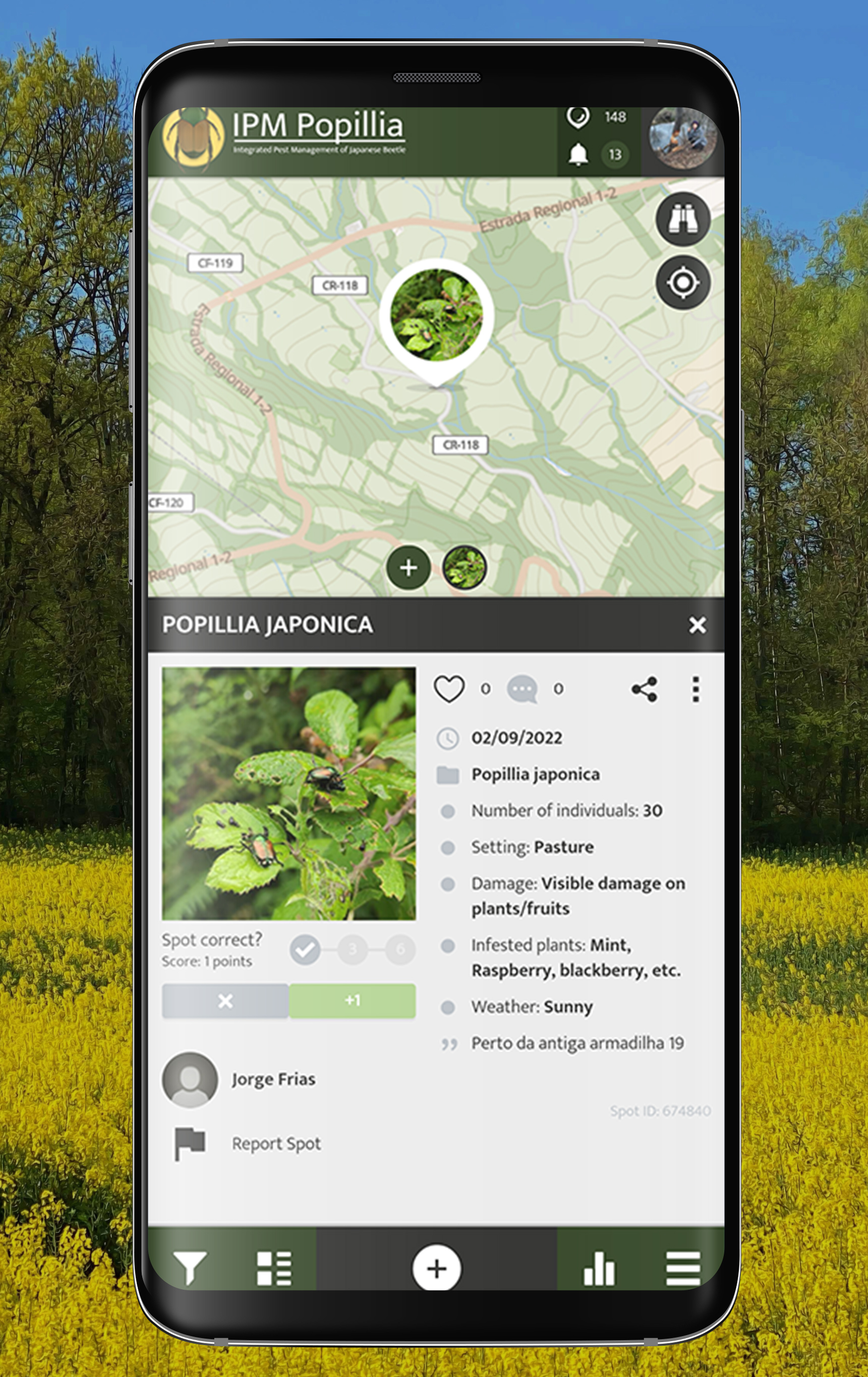 New Languages for Citizen Scientists From Across Europe

Further improvements in this update are the App's Add Spot Dialogue in three new languages: Italian, French, and Portuguese, making it easier for native speakers to participate and be included in the project.

Future updates will include even more different beetle species and info panels to ease the beetles' correct identifications further. Besides improving the App as an essential tool for the project, it provides learning opportunities for interested Citizen Scientists.