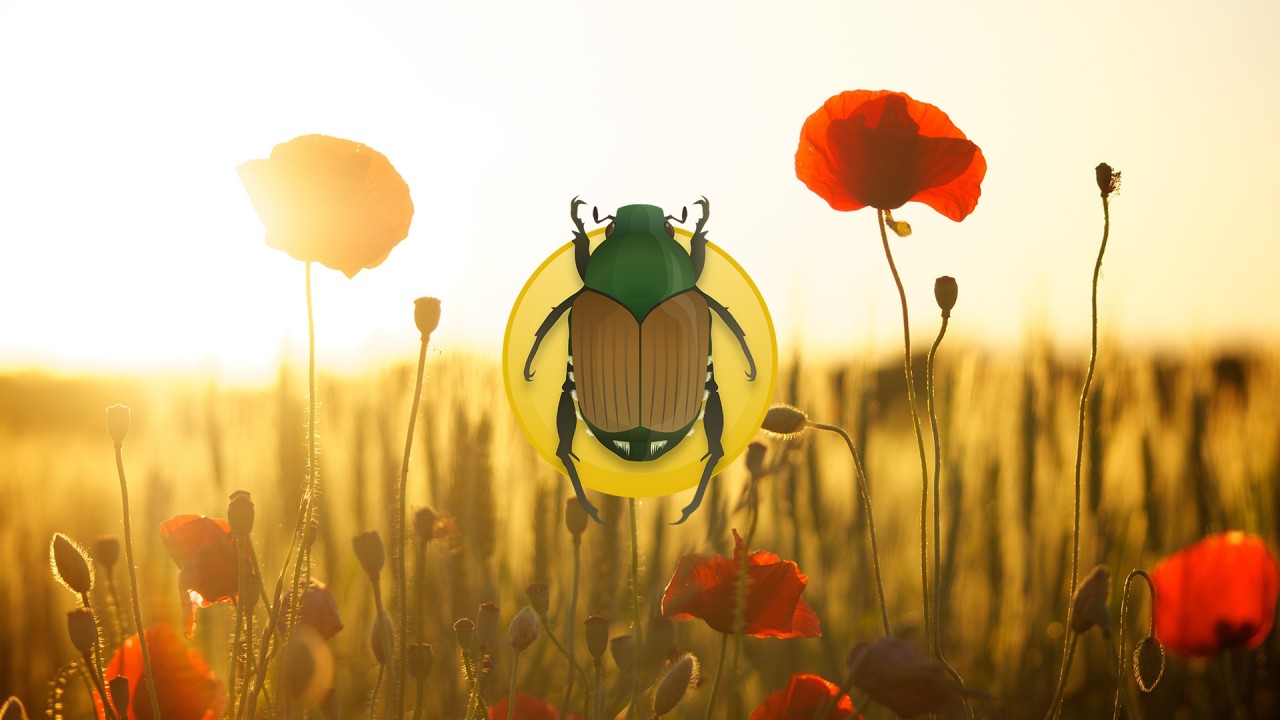 The IPM-Popillia brandmark shows an illustration of the Popillia japonica with its typical iridescent copper-coloured elytra and the green thorax and head. The beetle is placed on a yellow circle underground, which symbolises a warning colour, according to the destructive nature of the Popillia japonica. The brandmark can be used in combination with the logotype to additionally brand intern publications, or as a social media avatar for Instagram, Facebook, and Twitter Account-Icons. It does not replace the logo itself.

Components of the IPM Popilla Logo

For the start of the project, we have overhauled the pre-version a little bit and finetuned its appearance.

The visual development of the IPM Logo was an elaborated process, started by building an illustration of a Popillia japonica beetle and its distinct markings. We exported and provided the logo in different variants - from colour versions to grayscale, from the web to print. 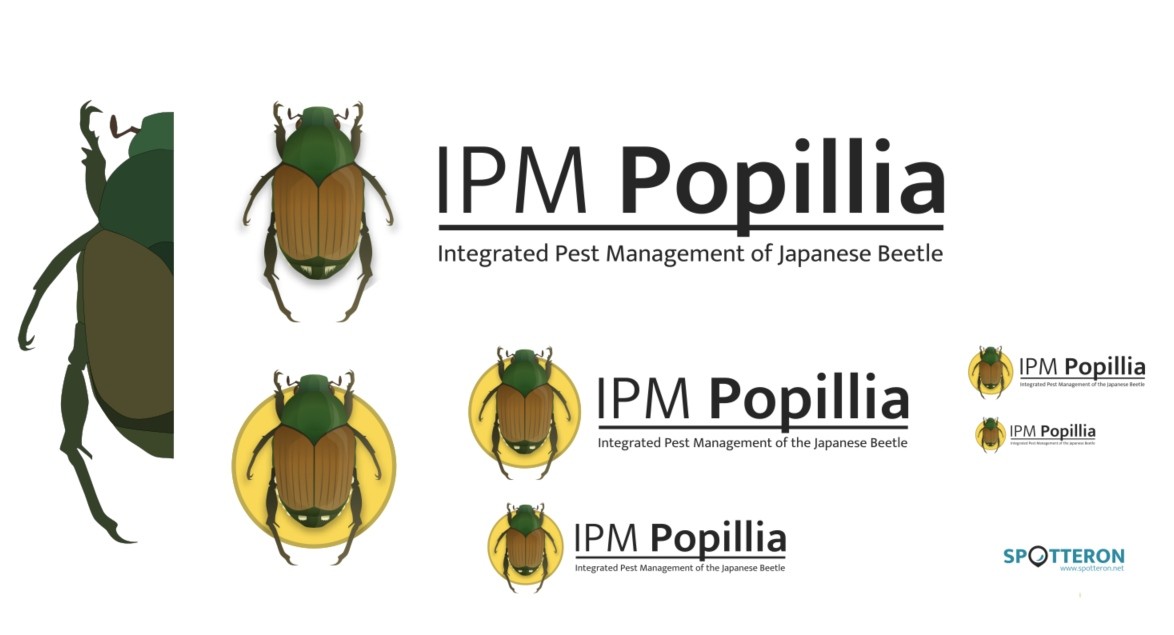