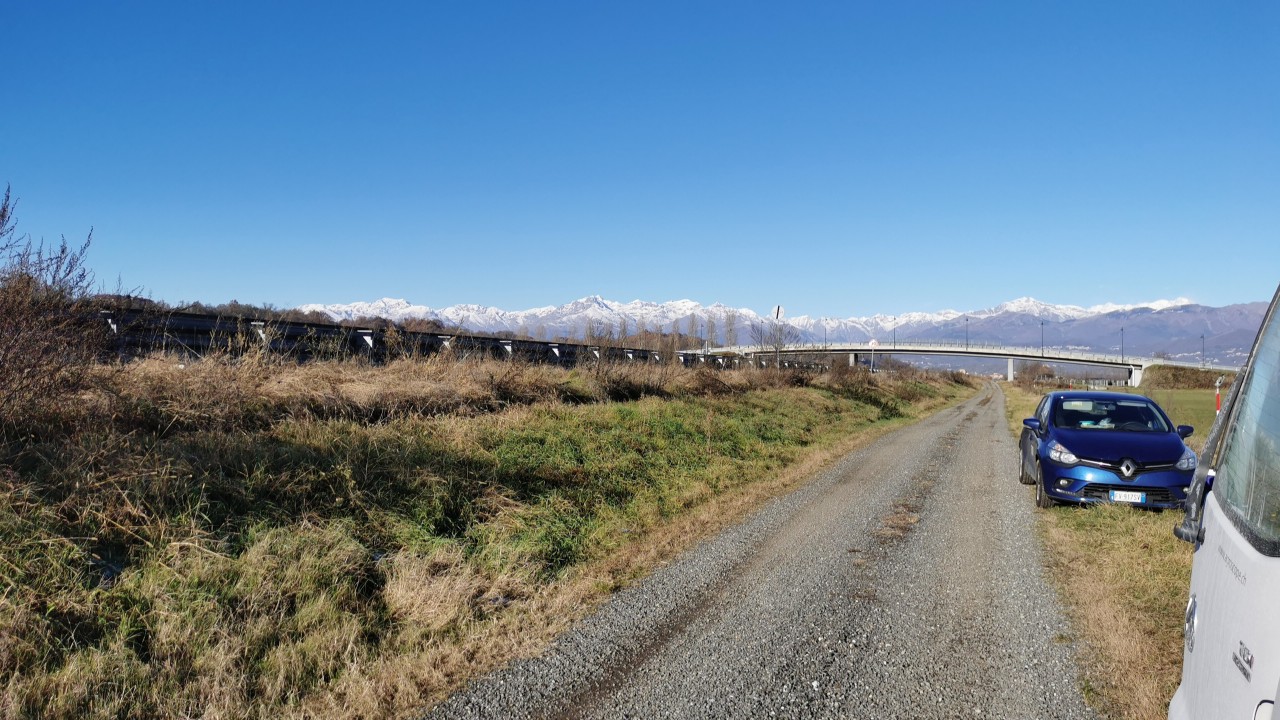 A day in the field

To continue with experiments in the lab, we needed more Japanese beetle larvae, a lot more. So we decided to go on a field trip on the 7th of December 2021. 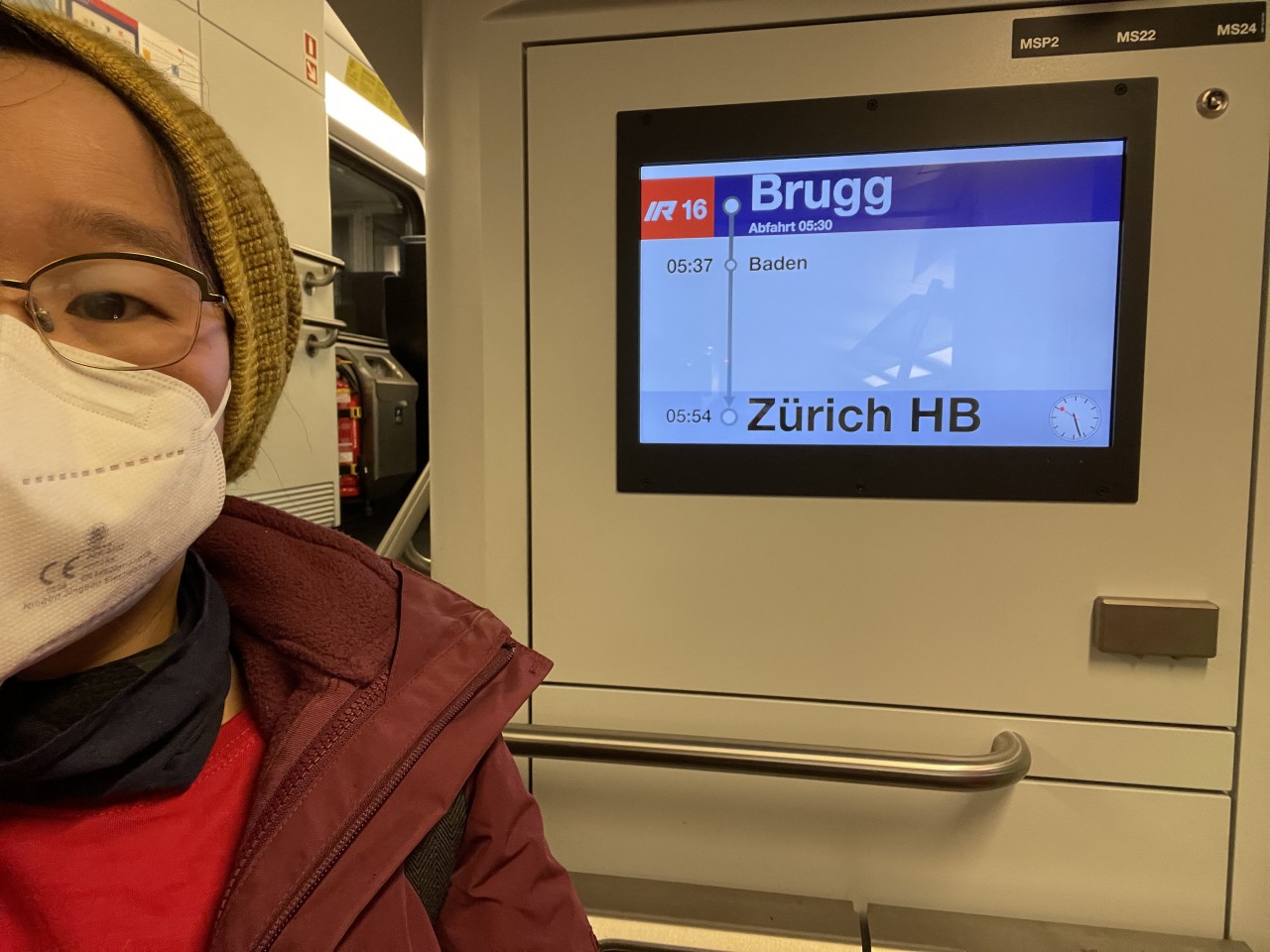 It was the first train of the day which took me to Agroscope where we headed off to Mottalciata, Piedmont region. 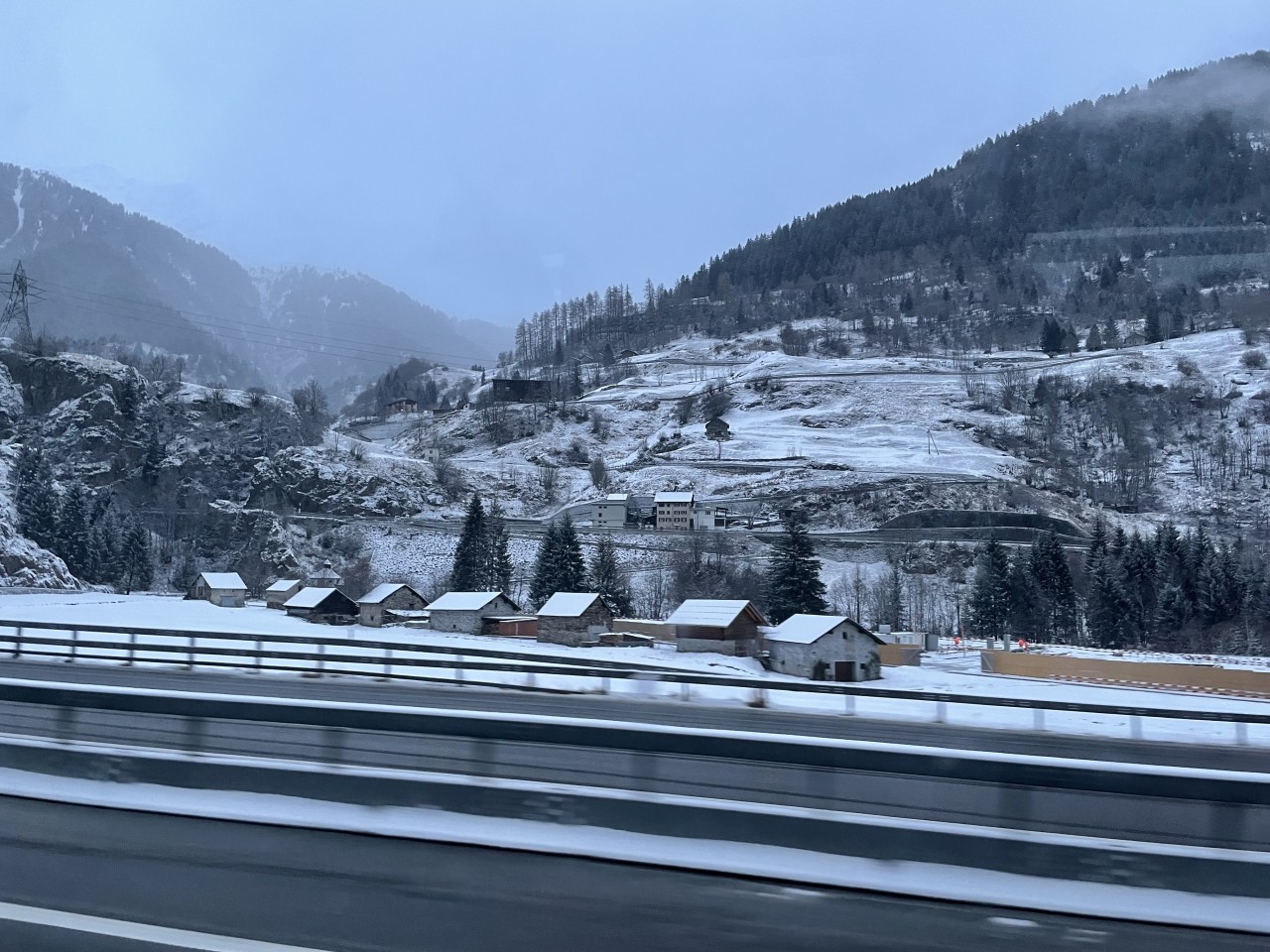 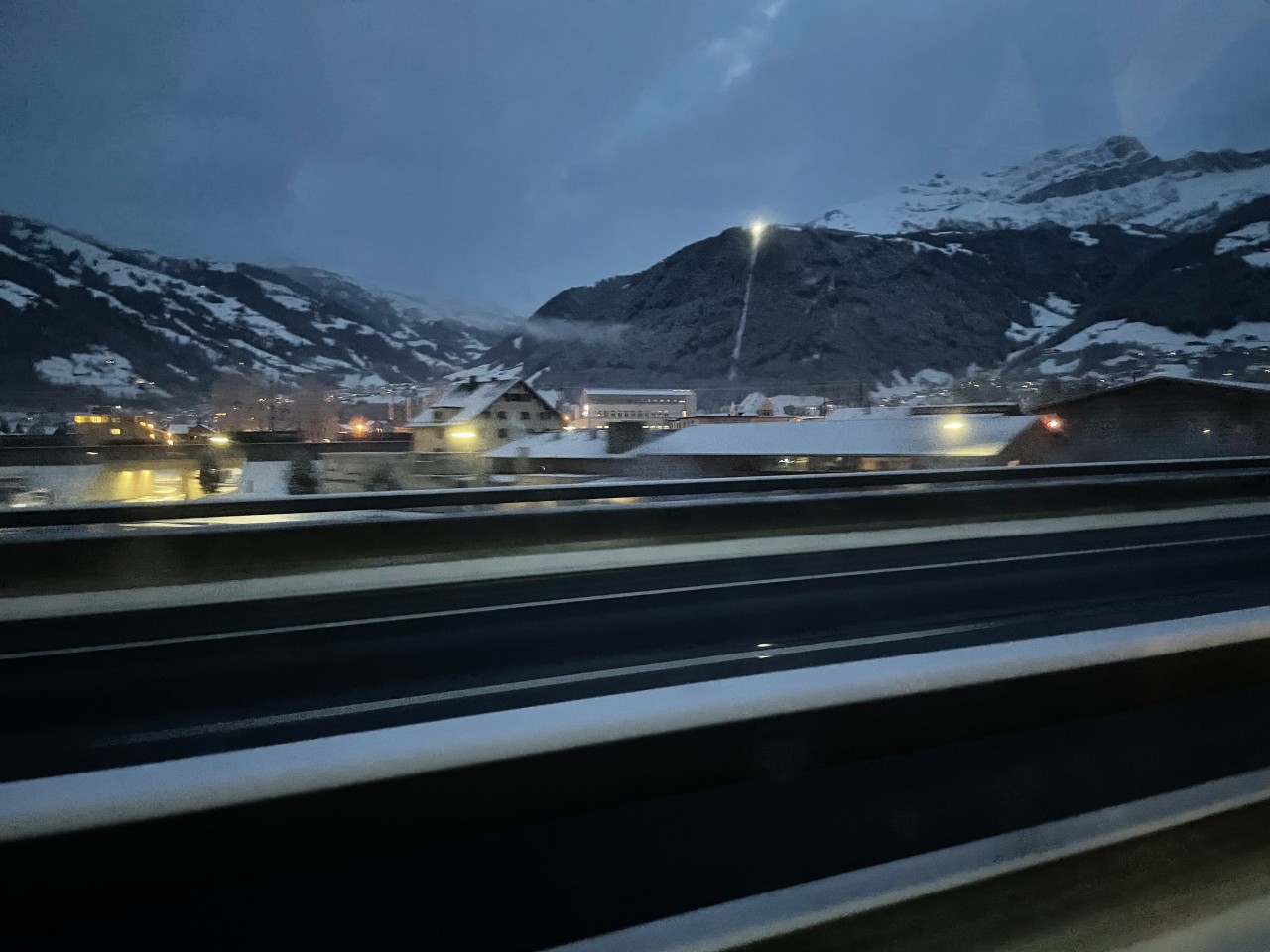 With two cars and seven people, we left freezing cold Switzerland in hopes to find some sunshine in Italy. 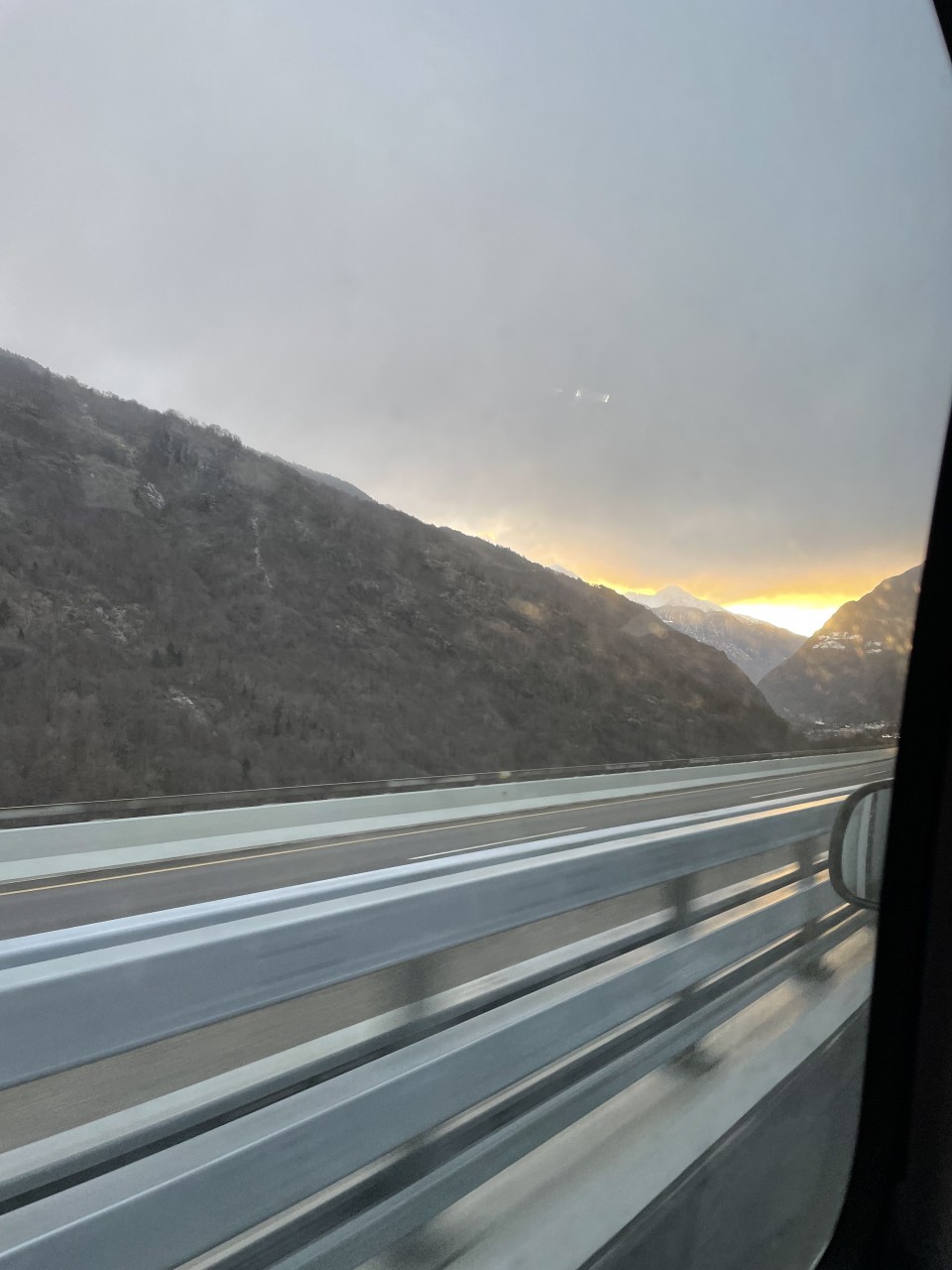 Sunrise in Ticino, time for breakfast and a cappuccino. The weather south of the alps already looked better and warmer. 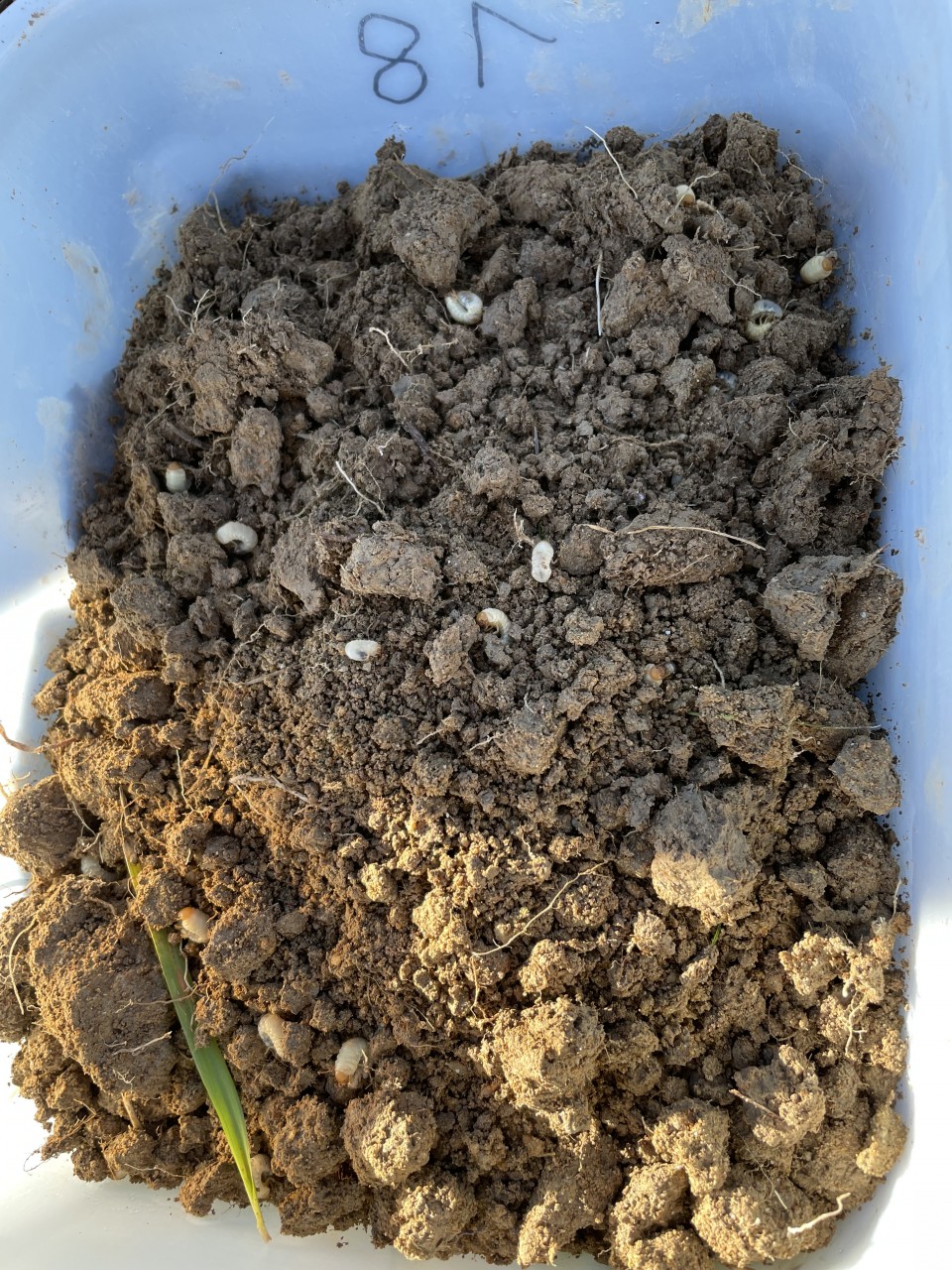 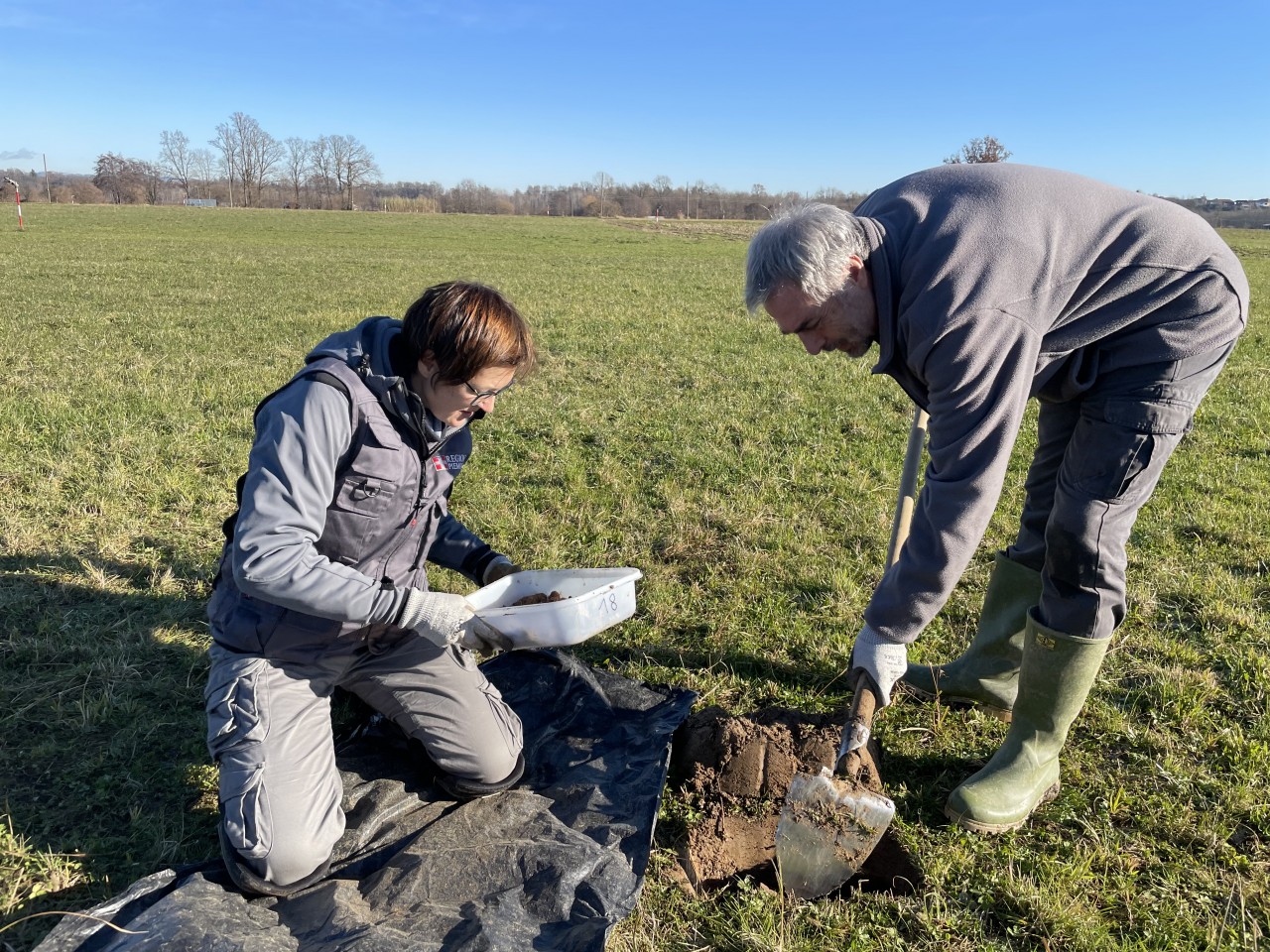 We arrived on the field at 10:45, Giovanni Bosio and his collegue Emanuela Giacometto from the phytosanitary service Regione Piemonte have already started in the field. In one hour they already found more than 50 larvae, despite the soil being very cold and compact. 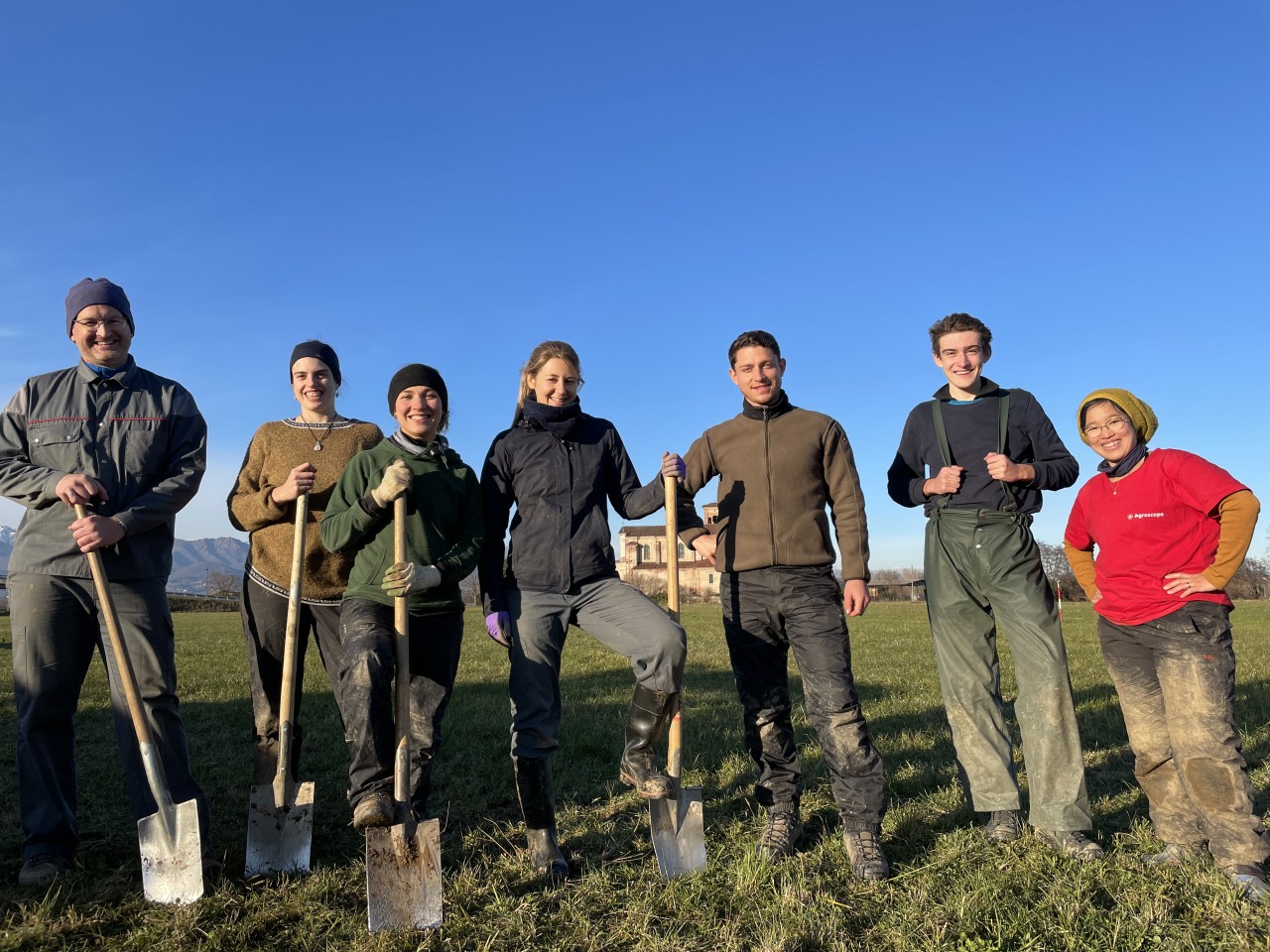 Wearing multiple layers of clothes we too started digging. The weather was really nice and sunny, we could not have wished for a better day 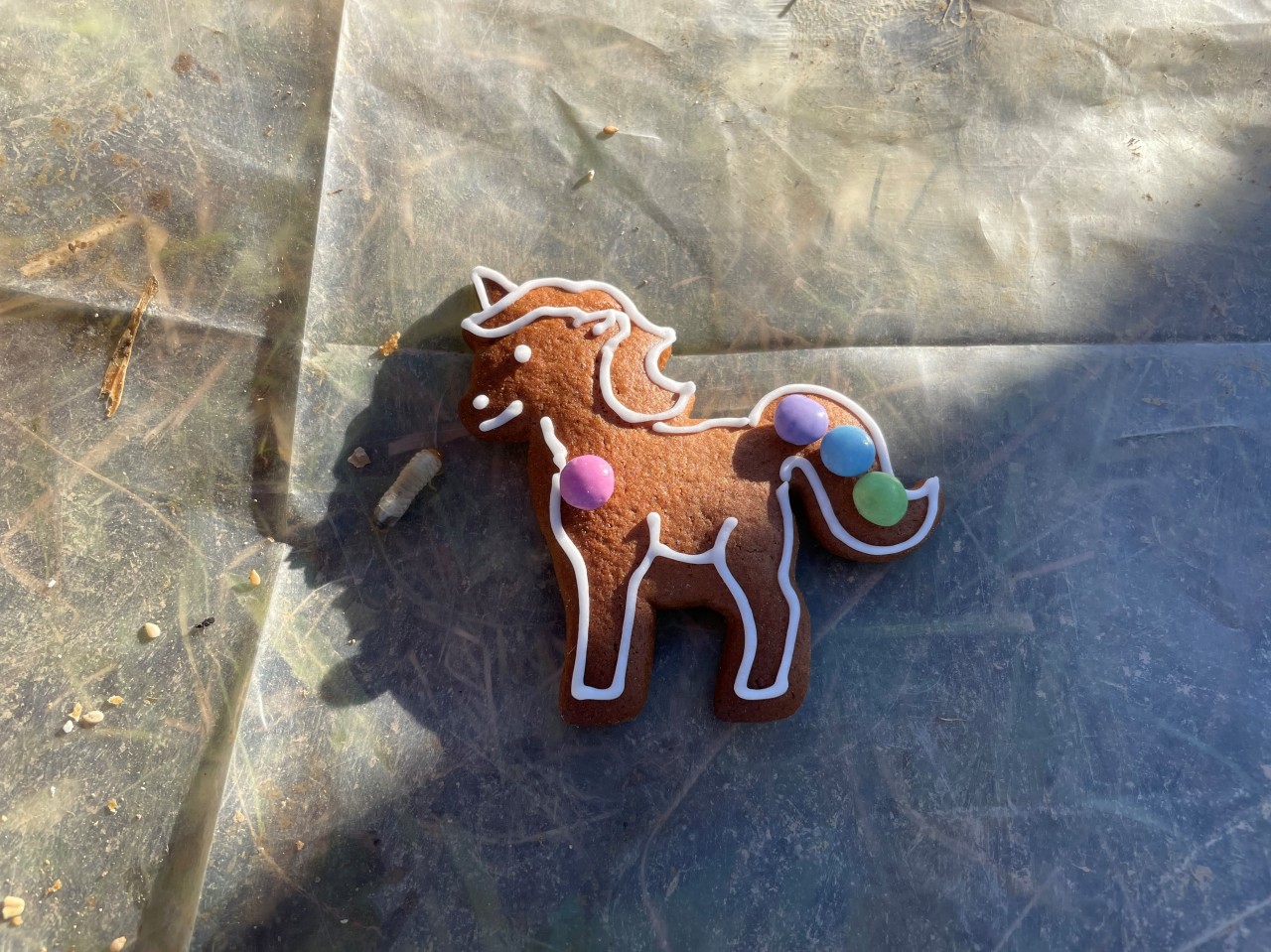 By lunch time we had about half of the needed larvae, Giovanni and Emanuela had to leave us to attend other work.

Here, a larva meets a unicorn. I let the larva live and ate the unicorn (could have been the other way round…)

The afternoons in the field are usually very funny, this time was no different. The Ph.D. girls Magdalena, Tanja and Noëmi were talking about some Greek mythology, I heard Gaia and something about her offspring. The guys Mathias and Timon found the best spot to dig and I have no idea what they were talking about because Giselher and I were too busy with a very serious larva digging contest on who would find more larvae per hole (sadly, he won). 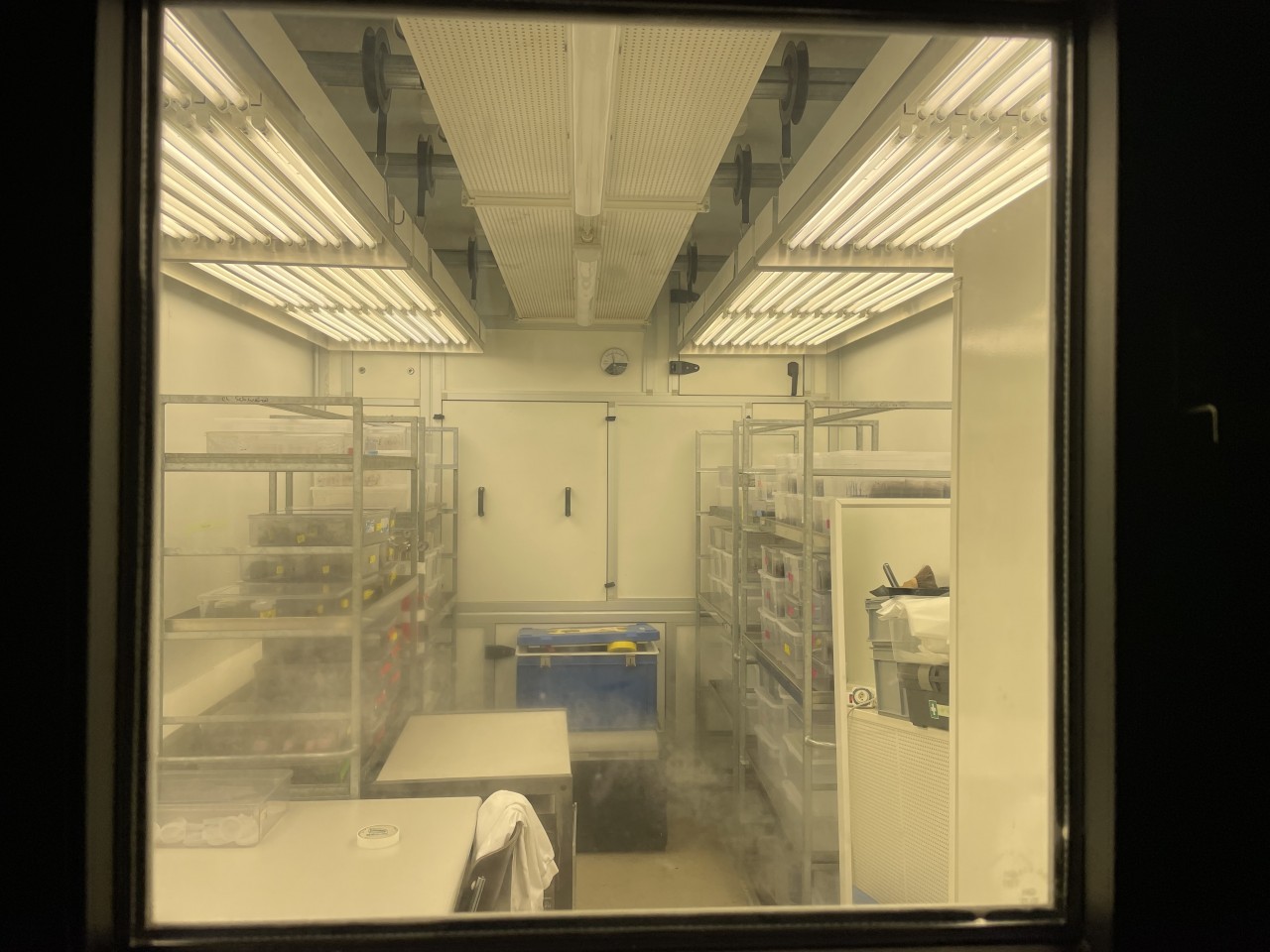 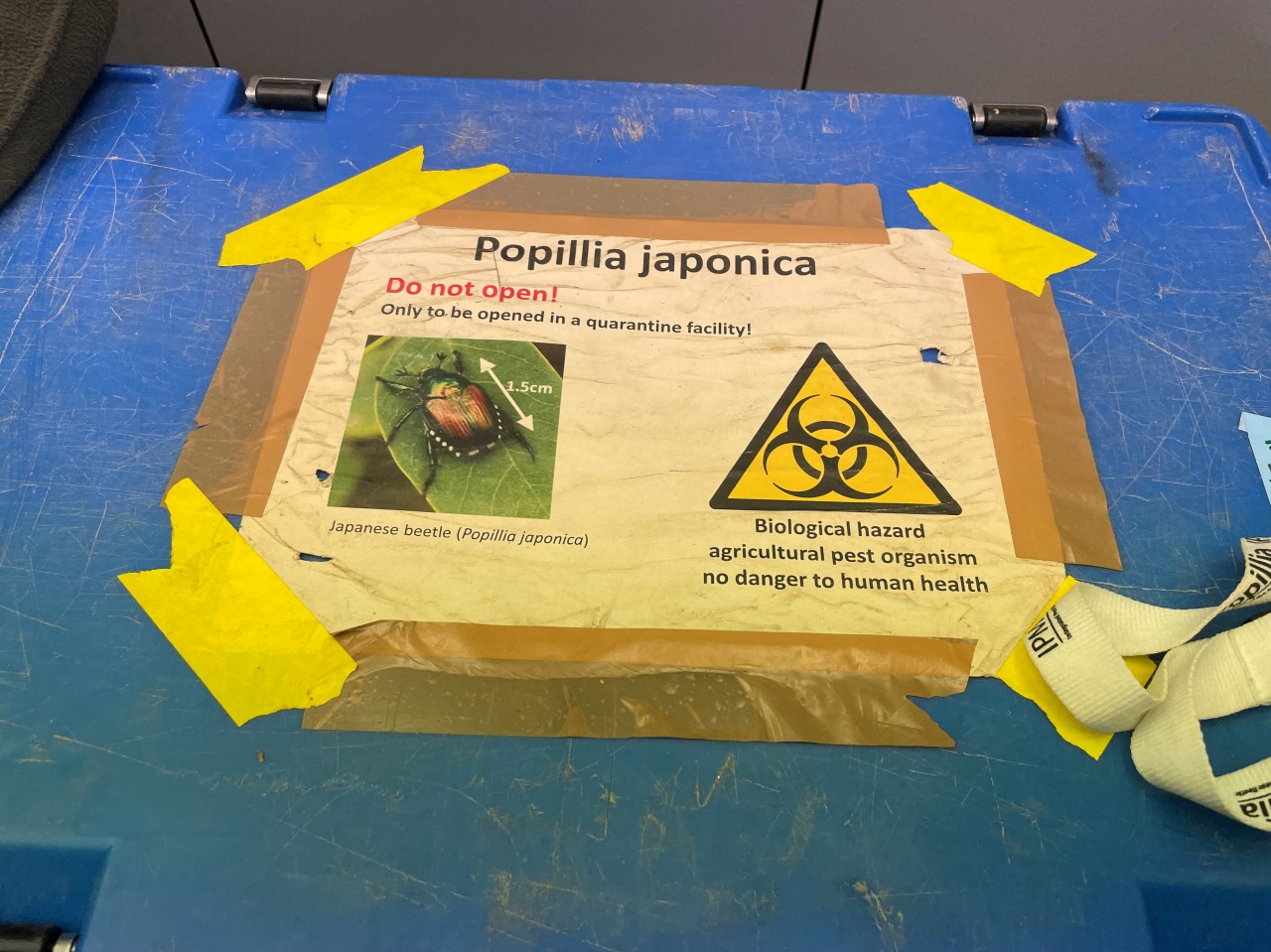 We found the last larva at 15:15. Totally around 1600 larvae. The cooling boxes were closed and not to be opened until arrival and after packing up our things we started the journey back to the north. Arriving Agroscope shortly before 8pm, where the larvae were put directly into our quarantine lab. Now it's time to go home. 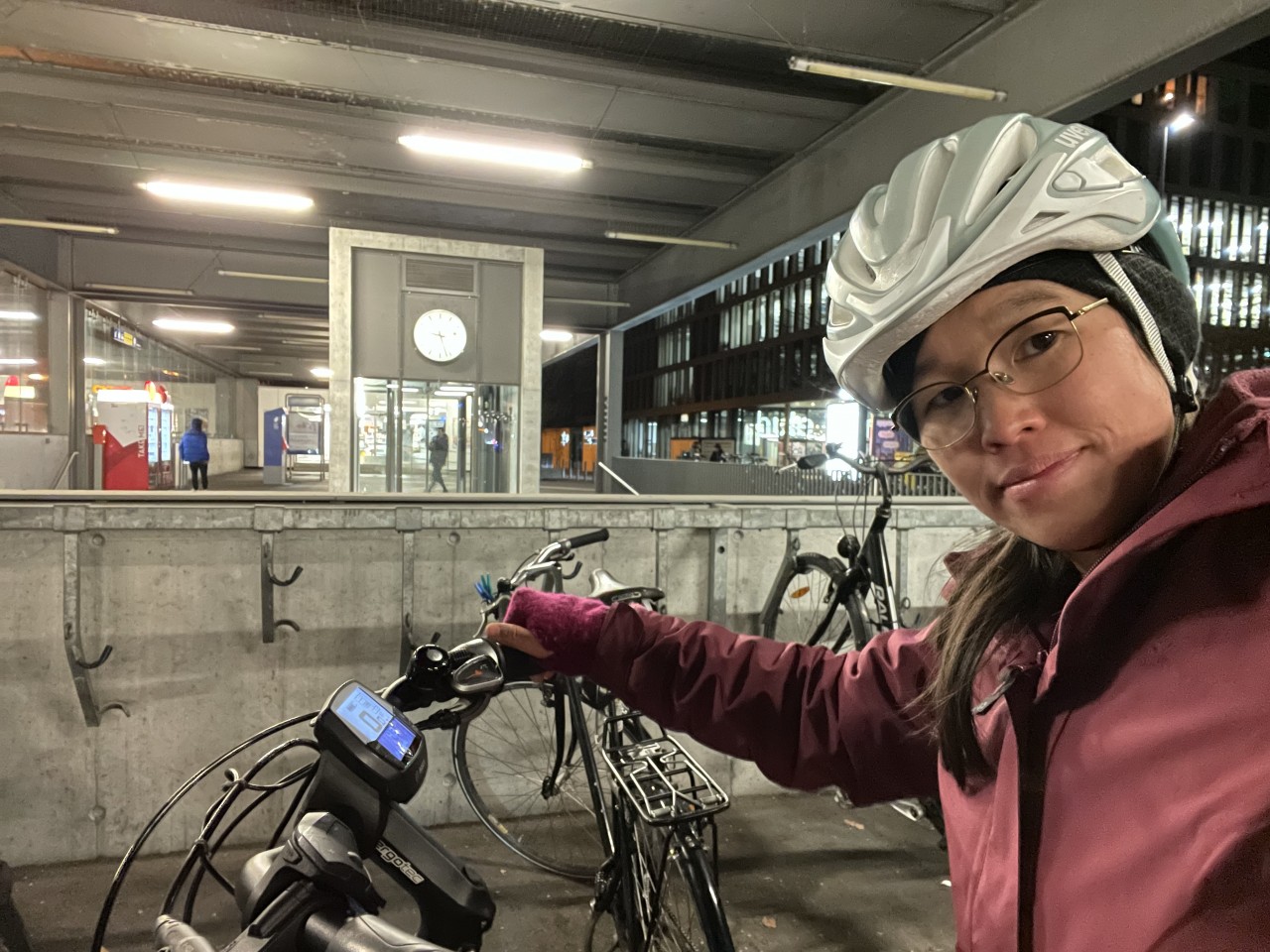 It's 21:27, seven more minutes and I am finally home. This was indeed a very long and exhausting day, but it was also very great and a lot of fun.  Hopefully the upcoming experiments will also be a success.